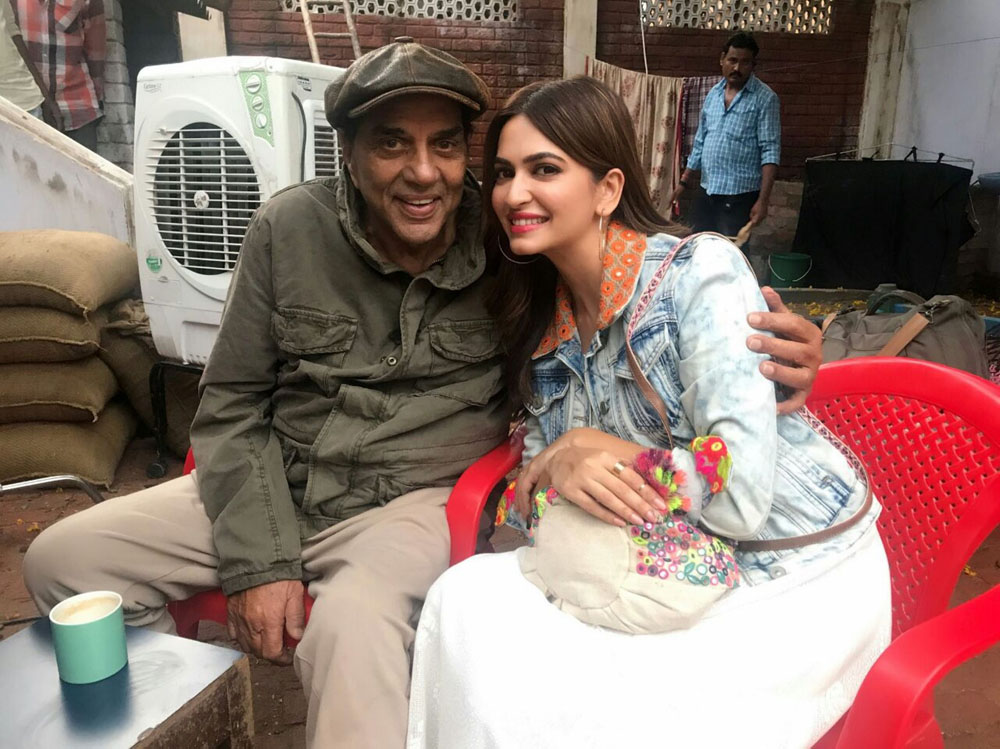 Kriti excited to work with Dharmendra!

on: August 25, 2017In: Current News, Most Important, Movie
Print Email

Kriti Kharbanda has worked in a variety of successful films in different languages. The gorgeous actress’ followers quadrupled once she forayed into Bollywood.

After the well received latest act in Ashwin Dhir’s, Guest Iin London, Kriti attracted a lot of buzz after signing the third installment of Yamla Pagla Deewana.  The talented actress couldn’t contain her excitement when she met veteran actor, Dharmendra, on the sets of Yamla Pagla Deewana Phir Se.

Says Kriti, “It was dreams come true. I have been a huge fan of Dharmendra sir’s work. I was too excited for this. This is one of my best memories.”